The story of the Lime Tree Avenue

We are going back to the years around 1750-52. To Kongens Nytorv at King Frederik V’s time. It is at the time of the absolutism, and the king’s prime minister (secret secretary of the time it was) was Zealand’s largest landowner, Count Otto Thott, who was the owner of, among other things. the estate Gavnø in addition to the Thottske Palæ at Kgs. Nytorv, which now constitutes the French Embassy. Here he lived when he worked for the king.

One day the king told the secretary of secret: “The trees around Nytorvet are becoming so big that I can’t really see the statue of my grandfather King Christian V in the middle of the square. They seem bothersome and I want them removed. If you want the trees, you can take them to Gavnø and plant them there.”

Now, there was no magistrate in Copenhagen at this point, so the “hearing phase” was quite short, after which Otto Thott immediately thanked the majesty. Then he send a number of horse-drawn carriages to the capital and dug up the lime trees. The main carts had four-pallet and could hold up to 5 trees on the root. The trip took several days as the horses naturally had to be accommodated for rest breaks along the way. But the linden trees came well to Næstved and on to Gavnø, where they were immediately planted as a long avenue at the edge of the castle park. And there they have since stood, and they have grown really big and beautiful in the 260 years that have now gone.

The Lime Tree Avenue has undoubtedly always played an important role in the castle park. In the winter of 1912, a memorial stone was revealed at the end of the avenue. The reason was that lens baron Tage Reedz-Thott had been the owner of the barony for 50 years. Citizens and peasants from all over the southern part of Zealand collected funds and paid for a beautiful, high marble stone in gratitude for his political efforts and achievements as Foreign Minister in Estrup’s left government and later as draft president.

Tage Reedz-Thott was touched and grateful for this gesture and invited therefore, in the summer of 1912, everyone who had contributed to the memorial stone, for eating and partying in the Lime Tree Avenue. 300-400 people participated in dining at long tables that stretched through the avenue. The food was delivered from the locals’ inns, which held 3-4 kitchen trolleys along the trees and prepared food. There were talks and singing, and one was found in a letter written by a mother after the party to her son who had emigrated to America. The avennue featured the setting for the party.

The last major event in the Lime Tree Avenue was close to causing its final. It involves the terrible and devastating hurricane that ravaged the whole country in October 1967. (Read Henrik Voldborg’s description on October 7, 2011 on SeptemberNet).

Almost half of the old trees were overthrown by the hurricane in the evening of October 17, 1967 They were like fallen fights in the park. At Gavnø, the atmosphere was depressed, and it was immediately believed that the avenue had met its final. But Baron Axel Reedz-Thott, who now owned Gavnø, nevertheless started the forest’s people and the gardeners in the castle in an attempt to save the trees. They cut off the upper part of the trees for the first branch for approx. 5 m height. Then, they set up cranes and games, with laborious restoration of the trunks in the root holes. One then stomped the ground firmly and put barrels on the trunks to support them for a few years. Then you just waited with excitement. And finally: the trees shot new shoots and branches, and now they are again at full height. They survived almost everyone – some are a bit skewed, but it is still the original linden trees from Kongens Nytorv.

Nature is wonderful, and the story lives on!

“Since 1960, with the family, I have often visited Gavnø Castle, especially in the spring to enjoy the large exhibition of tulips in the park.

In the years after 1993, I have been a guide at the castle during the summer months and have therefore learned that the old Lime Tree Avenue, which forms the entire northern axis of the park, has a history that is both unusual and exciting.” 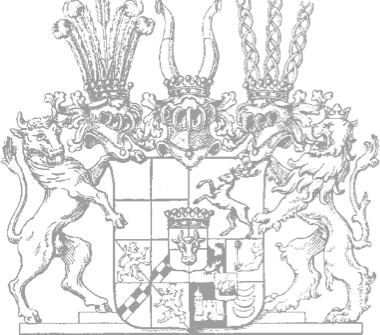